“I am thrilled to be the recipient of the Mental Health News Education 2018 Leadership Award. MHNE is New York’s leading publication promoting evidence-based treatment and research,” said Mr. Spink. “There is an urgent need for science-based interventions that will save lives, and MHNE is at the forefront of advocating for these types of treatment. Their recognition of my work in New York and beyond is humbling.”

Over the past 21 years, Mr. Spink has held numerous roles at Beacon. During that time, he has leveraged his extensive background in behavioral health and developmental disabilities policy and program development to pioneer medical and behavioral health integration between payer and provider systems. Mr. Spink also led the company’s implementation of the American Disabilities Act, with a focus on disability as a civil rights concern. His work has helped to improve access to behavioral health services for some of the most vulnerable individuals nationwide and throughout the state of New York.

“Mental Health News Education is honored to have this opportunity to recognize Jim and the work he has done to help the communities we serve,” said Ira Minot, Founder and Executive Director of MHNE. “His efforts truly embody Beacon Health Options’ mission of helping people live their lives to their fullest potential.” 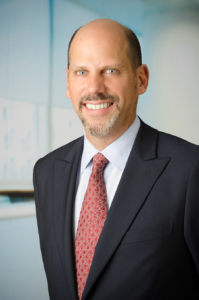 Mental Health News Education (MHNE) is nonprofit organization created in 1999 that produces two award-winning quarterly newspapers, Autism Spectrum News and Behavioral Health News. Autism Spectrum News premiered in the fall of 2008 and quickly set a new standard for science and evidence-based community autism education. The publication provides readers with a trusted source of educational articles and a roadmap to community resources. Launched in 1999, Behavioral Health News (formerly Mental Health News) is also a quarterly publication. The name change in 2013 allowed it to address the concerns of the substance use disorder community.