Every year, more than 41,000 people die by suicide, making it the tenth leading cause of death in U.S. While these statistics are sobering, Suicide Prevention Awareness Month reminds us that dying by suicide is not an inevitability. In fact, for every one person who dies by suicide in the U.S., there are approximately 278 people move past serious thoughts of suicide, and nearly 60 who have survived a suicide attempt, the overwhelming majority of whom will go on to live out their lives (National Action Alliance for Suicide Prevention). 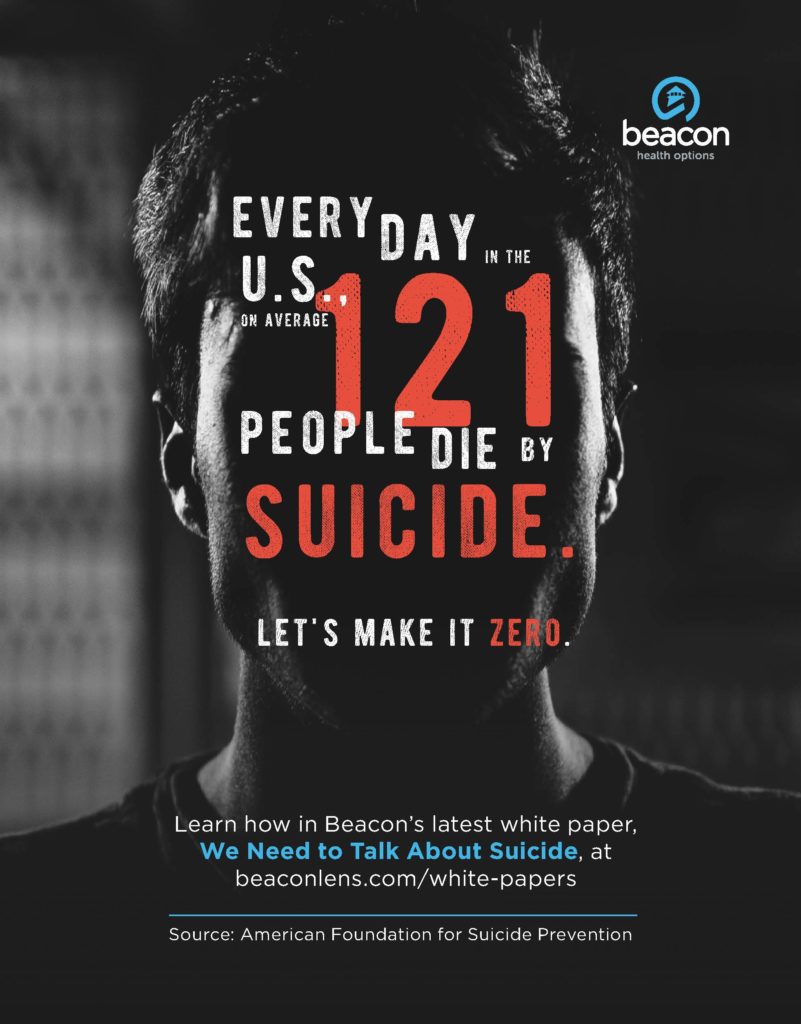 As part of Beacon’s commitment to combating the opioid crisis, we also promote best practices and provide education to the providers on the front lines of treatment. As a partner in Project ECHO, an innovative health care initiative that’s revolutionizing the way non-specialty providers treat opioid use disorders, Beacon is helping improve access to evidence-based treatment for opioid use disorder in community settings, including a special focus on MAT. You can learn more about Project ECHO on Beacon Lens.